I got appointed into the Department of Geology as a Graduate Assistant just over a month ago (though I received the letter and resumed duty on the 12th of August the appointment letter is dated 5th of August. I’ve waited more than a year for this but its final arrival was more like an anti-climax; a kind of ”ok, so now what?” kind of feeling. I was well received at the department and I did not have to wait up to a week (19th August) before I was standing before the 2nd year students trying to hide my nervousness as I introduced the course Structural Geology and Map Interpretation to them. I actually thought up some nice ”first ever statement as a lecturer” to say on that Friday morning. But I ended up with an awkward “Hello my name is Ikenna Okonkwo…I’ll be assisting Dr. Mamah in the course GLG.222”. I still take the course and I think I am a bit more comfortable with the course which is my area of specialization.

By the next Tuesday I was assigned by the HOD to help with Micropalaeontonlogy for the 3rd years. Yes, Micropalaeontonlogy!! Of all the courses in geology this was the one I thought I would never have to  handle. Yes I aced the course as a student but I never was one for biology. I had to brush up (relearn is a better word) on Forams, Ostracods, and Calcareous Nanofossils to be able to deliver lectures to 300 level geology and Botany students (they take the course as an elective) with the semblance of one at home with the topic. I have a feeling that they find the subject matter boring and unnecessary and I have to sometimes emphasize the importance of micropaleontology to the geosciences (stratigraphy, petroleum geology, palaeoclimatology etc) which I also discovered rediscovered in the hours spent preparing the GLG. 342 classes. I don’t know what I’ll be asked to handle in the coming months there might be the Aerogeology and Remote Sensing course for third years or giving a hand in petrology and Optical mineralogy labs. All this also piled upon a M.Sc. in its preliminary stages. The next few months will surely be hectic and exciting.

As a graduate assistant I also got an office. It was to be choice between New Geology complex and Jimbazz but I consider Jimbazz to be rather dark, noisy and dreary for my liking. At the ‘white house’ – as we call the New Geology complex. I hoped for the library but had to settle for the  dormant computer room to avoid “controversy”. I still haven’t settled there long enough to even get to clean it thoroughly; and I have is a desktop computer and an AC that mimics the environmental conditions of Moscow.

3 thoughts on “Graduate Assistant: One Month After” 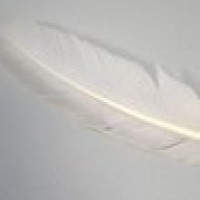